Why Increased Energy Efficiency is Beneficial 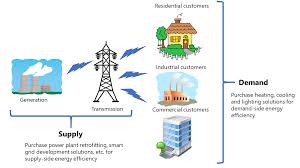 Increased energy efficiency helps to reduce your bills, carbon dioxide emissions, and pollution, which is a good thing. It also reduces waste. These are great reasons to switch. Let’s take a look at some examples. Let’s start with a household. A person who uses less energy will pay less for heating and cooling.

The U.S. Department of Energy reports that the amount of carbon dioxide (CO2) released by the United States in the decade 2010-2020 was down 8.9% on average, or almost 3 billion metric tons. This decline was driven by lower fuel demand, particularly in the heating and cooling sectors. The decline was largely due to the lower cost natural gas. In the residential sector, the decline was less than half a million tons, but still an impressive achievement.

It is true that energy efficiency will reduce carbon dioxide emissions but it will also have a positive impact on society. Many people will be able to afford better quality homes and cars. These changes will lead to improved health and more jobs.

Vehicles have become more efficient by using less energy over the past few decades. The greenhouse gas emissions have been reduced by improvements in engine technology and lighter aerodynamic designs. By 2020, the average emissions of new cars in the EU are expected to drop from 150 grams to 95 grams per km. According to the CCC, this reduction would amount to a reduction of 12.3 million tonnes of CO2 by 2020 – roughly 10% of all surface transport.

Energy efficiency can help you save money on energy bills, and it can even improve your health. People who use less energy are generally healthier, and it can even prevent a number of life-threatening diseases. For example, cutting energy consumption by 15 percent nationally over a year would prevent six deaths a day and $20 billion in health costs. Power plants release tiny particles into the air, and these particles are linked to respiratory illnesses such as asthma and lung cancer. Home pollution can be reduced by weatherization and heating and cooling systems that are energy-efficient.

A good home energy audit will pinpoint the areas where you waste energy. You can then make improvements to your home to make it more energy efficient. These changes can help you cut your monthly utility bills by up to 10 percent.

Increasing the energy efficiency of a building or vehicle helps reduce pollution and lower energy bills. Modern buildings and cars use more energy than they need to run, but energy efficiency can help reduce this waste. It is the best way to reduce climate change and clean the atmosphere. Millions of Americans are already making efforts to make their homes and vehicles more energy-efficient.

Recent research has shown that China has some the most polluted cities in the world. It is also the largest emitter of greenhouse gasses in the world. China’s Beijing-Tianjin-Hebei region had an average PM2.5 concentration of 93 micrograms per cubic meter in 2014. This was well above the national and international standards. According to the Chinese Academy of Environmental Planning in 2015, the pollution levels in the region were even higher.

Increasing energy efficiency is a key way to reduce waste and save money. Commercial buildings and homes can waste up to 40% on their energy bills. Air leaks, drafts, and outdated heating and cooling systems all add up to unnecessary energy loss. Thankfully, a few simple upgrades can reduce energy losses while improving comfort.

The goal of energy efficiency is to use less energy to do the same tasks as before. This not only saves money but also reduces the impact of pollution. Increasing energy efficiency in the home is easier than ever thanks to today’s technology. Millions of American consumers are already doing their part to reduce their energy usage.

We can save the planet from the negative effects of fossil fuels by cutting down on energy waste. These emissions are a major contributor to climate change, which can lead to higher temperatures and more natural disasters. By reducing wasted energy, we save our planet’s precious resources. This is especially important when it comes to manufacturing, as it is a huge contributor of GHG emissions.